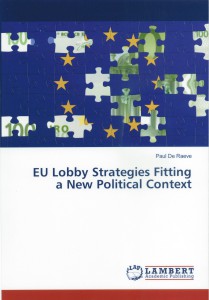 The changing EU economic and political context implies adapting to this changing environment, including our lobby strategies to pro-actively set the nursing agenda.

The EU institutions, its political machinery, has become a complex political labyrinth in which public consultations are not enough to build trust with its citizens. Putting civil society into the cloud to meet and produce statement is the new window dressing which does not facilitate the design of a social Europe.

This book is building on concrete achievements of the nursing community, its leaders to move the European political agenda, to advance nursing in such a way that it delivers concrete benefits for EU citizens.

The nurses’ European project, be it political, professional, scientific, is a movement built since 1967, when the Commission started drafting the free movement Directive. EU legislation protected and stimulated the development of nursing as a profession. However, as lobby strategies are drying up, civil society being excluded from policy design, we need to reflect on how to influence better EU politics and policies. The world changed in 2017 and more changes are to come, for the better, the worse!

The European Union – what’s in it for me? 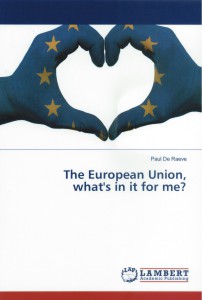 Entitled “The European Union, what’s in it for me?”, this new book, written by the EFN Secretary General, Dr Paul de Raeve, offers nurses a valuable and insightful resource into the politics and strategic direction of health policy that shapes frontline nursing and midwifery practice in the EU.

Largely based on concrete achievements of the nursing community, and its nursing leaders to move the European political agenda and to advance nursing in such a way that it delivers concrete benefits for EU citizens and patients, this book is an excellent resource to understanding and appreciating the complexities and challenges of policy development in the EU and the implications for nurses in delivering care. It covers the many challenges faced by the EU and presents that nurses and nursing are part of the solution. Dr Paul De Raeve explores and asks the difficult question about the EU and the complex political labyrinth that is not understood by many. He asks a number of key questions such as “are EU civil servants simply producing legislation in view of their own created cocoon, far away from daily reality?” and “How can we bring ordinary EU citizens closer to the European project, its solutions?”.

The nurses’ European project, be it political, professional or scientific, is a strong movement build since 1967, when the Commission started drafting the free movement Directive. So, what did nurses get out of this complex, dynamic, political EU environment after half a century?

This book provides a unique and insightful perspective into the EU and the role and engagement of the professions. 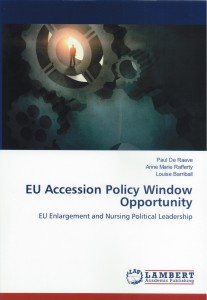 European Enlargement has been studied in a wide range of policy areas within and beyond health. Yet the impact of EU enlargement upon one of the largest health professions, nursing, has been largely neglected.

Findings indicate that the mechanisms used to facilitate the accession process were not successful in achieving compliance with the education standards in the Community Acquis. Moreover, EU accession capacity building and accession funds were not deployed efficiently to upgrade Romanian and Croatian nursing education towards meeting EU standards. Findings indicate that the conflicting views on compliance held by the various nursing leaders inhibited the setting of a common policy agenda leading to successful policy outcomes.

TO ORDER THE BOOKS
Would you like to buy any of these books, please contact the EFN Office by email efn@efn.be 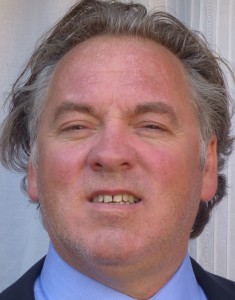 From a professional perspective, since 1984, Paul De Raeve worked full time as a Registered Nurse in the Centre of Excellence for Children with Muscular Disease, “De Bijtjes”. Paul became Head Nurse Neonatology in the Al Hada Hospital in Saudi Arabia from 1990 up to 1992, a working environment with many nationalities, different cultural backgrounds, habits and beliefs, taking care of patients at a time the Gulf war started. On his return from the Middle East, Paul was appointed as a staff member at the Free University Hospital of Brussels (UZB). He was part-time delegated to the Belgium Ministry of Health and Environment, where Paul was part of a team developing the nursing minimum data set, using these indicators for the financing of all Belgium hospitals. Consequently, nurses stayed around the political decision-making when designing a sustainable healthcare system.

Paul had the opportunity of writing two earlier books – ‘Nursing Research in Practice’ – published by Kluwer in 1999, in Flemish and French (La Recherche Infirmière, Approches Pratiques); and the ‘Nurses’ voice in the EU Policy Process’, published in 2011; next to several articles published since 2002 when Paul became the first Secretary General of the European Federation of Nurses’ Associations (EFN), being a tough lobbyist on behalf of 3 million nurses towards the European Institutions, the European Commission, the European Parliament and the Council.